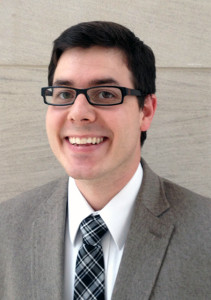 Ross Patterson is in his first year as the head band director at Burnett Junior High in Wylie, Texas.  He graduated with bachelor’s degrees in music education and music theory from the University of North Texas in 2007 and a master’s degree in music education from Southern Methodist University in 2013.  He previously taught in Plano ISD as the assistant band director at Robinson Middle School, where he received consistent “sweepstakes” ratings at UIL Concert & Sightreading Contest and started the Robinson Middle School Jazz Band.

Mr. Patterson is also a trombonist with the Lone Star Wind Orchestra, directed by Eugene Corporon, and is continued his teaching career during graduate study as a private low brass instructor in the Lewisville, Plano, and Richardson Independent School Districts.

Mr. Patterson’s love of travel was sparked by his travels with the Texas Youth Orchestra & Choir.  He has been a staff member with TYOC in the summers of 2009 and 2012, visiting the Czech Republic, Austria, Hungary, England, Wales, and Scotland.  He is looking forward to the many tours, performances, and experiences to come with TYOC, including France & Spain 2015!